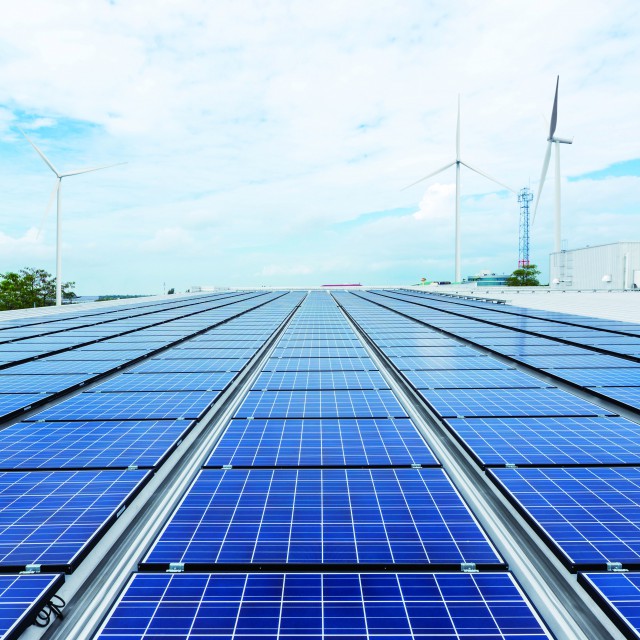 【Taipei, Jun.19, 2018】FSP Technology Inc., a major power-supply manufacturer, will display a string of green-energy solutions, including micro-inverter, off-grid inverter, hybrid inverter (grid-connected/ off grid with energy storage), and Ion Mate/Ion Rack, at Intersolar Europe 2018, to be held in Munich of Germany from June 20-22. If you are interested in FSP’s products, please visit Booth No. B2.353. This is the third year in a row for FSP to attend the fair. FSP aims to penetrate even deeper into the European market, where it has deployed for over 20 years.

FSP has especially eyed the German market, due to Germany's critical role in the global energy policy. Jeffie Huang, the senior manager of FSP's product and marketing strategy department, pointed out that the German government had changed its subsidy policy two years ago, subsidizing only inverters with energy-storage function and excluding pure grid-connected models, in order to alleviate the pressure of excessive grid-connected capacity and facilitate the implementation of “real-time pricing” schemes. Its focus on inverters with energy storage functions is a reflection of the significant progresses that are being made in the PV industry.

FSP's off-grid inverter, a major exhibit at its booth, is a compact model, 30% smaller in size and 20% lighter in weight than the previous models, making it suitable for installation at households. Unlike common off-grid inverters which need backup batteries, FSP's new-generation off-grid inverter doesn't need backup batteries in areas with sufficient sunshine, although its PV modules need higher voltage for connection in series, in order to assure stable PV power output. The inverter can also be furnished with traditional lead-acid battery or the company's Ion Rack lithium battery, the latter with product life more than sevenfold that of lead-acid battery, facilitating deployment of household nanogrid.

Presently, FSP is supplying mainly PV power generation and storage systems for households and end users, with the aim of pushing PV system to every household, forming household nanogrid, so that the government only has to provide stable base load. In line with the electricity liberalization policy or “real-time pricing” scheme, FSP's inverters and energy storage systems can contribute to the establishment of an eco system, realizing the vision on green generation and smart consumption.

© 2018 By FSP GROUP. All rights reservedPrivacy PolicyTerm Of Use
hi this is over contact us
item is select